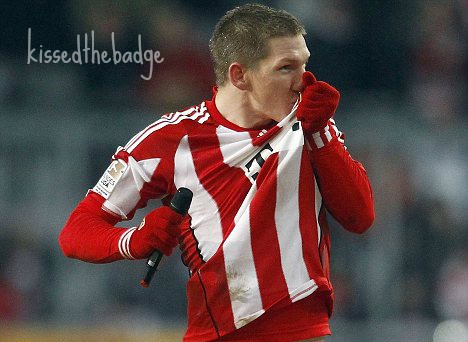 Bastian Schweinsteiger joined Bayern Munich when he was 14-years-old and has spent his entire playing career there. In 2010, following speculation that he was going to leave his boyhood club for a big money move abroad, Schweinsteiger took to the microphone following Bayern Munich’s victory over St Pauli to reveal he had signed a new six year deal.

“I have extended my contract and will stay here until 2016. Long live Bayern.”