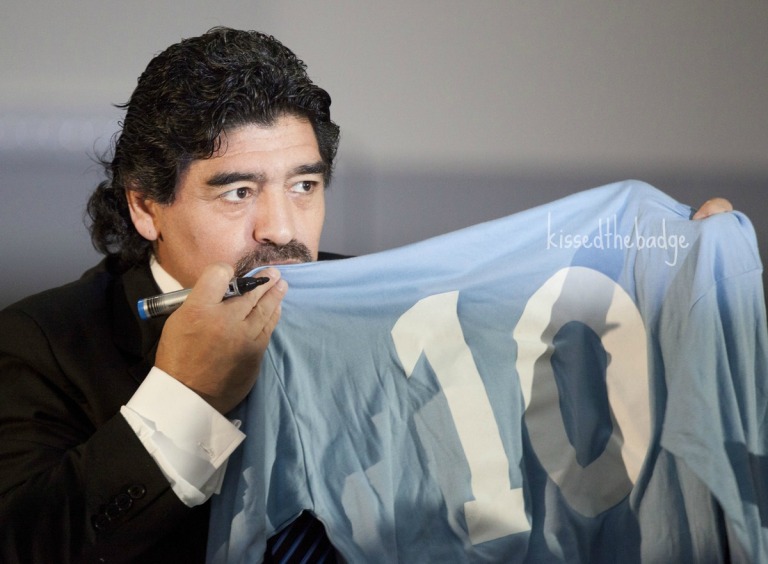 Diego Maradona spent seven years at Napoli after joining them in 1984 from Barcelona. The only two Serie A titles in their club’s history came during Maradona’s time at the club, as well as them winning the Coppa Italia in 1987, the UEFA Cup in 1989 and the Italian Supercup in 1990.

He left the country under a bit of a cloud but the club retired his number 10 jersey.

Maradona has returned to Italy after 20 years after allegations of unpaid taxes. He says he wants to put an end to allegations that he is a tax dodger. Maradona was mobbed by the fans in Naples and kissed a Napoli shirt.