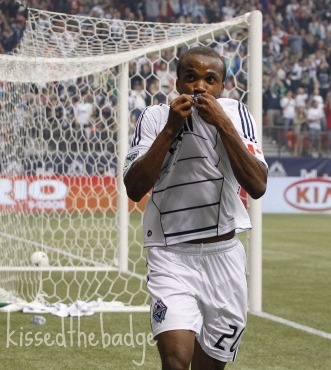 After starting his career in Jamaica, Dane Richards joined the MLS in his early 20s, signing for New York Red Bulls. He spent six seasons with the club and played 163 games.

However, this summer he joined Vancouver Whitecaps FC and a week later he scored his first goal for them against San Jose Earthquakes. He celebrated by kissing the badge.