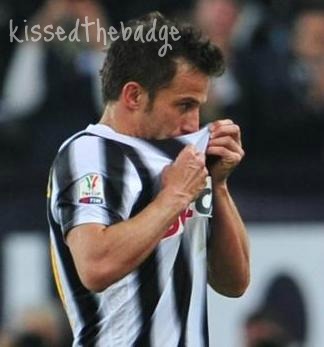 Alessandro Del Piero joined Juventus when he was 19-years-old and holds the club’s all-time highest goalscoring record. He has played almost 700 games for Juventus and won five league titles…

“The driving force in my career has always been a deep love for football, for the Juventus colours and for its fans,” he said last February, after signing a contract extension with the club. However, a few months later, the club confirmed this would be the last deal they offered him.

“There is no news at the moment but all the doors are open for a move away from Turin,” his brother and agent said this month. “We are not close to anything, but I think it will be hard to remain in Serie A.”

The following week, Del Piero scored in Juve’s 2-2 draw with AC Milan in the Coppa Italia which gave them a place in the final. He kissed his badge as he walked off the pitch.