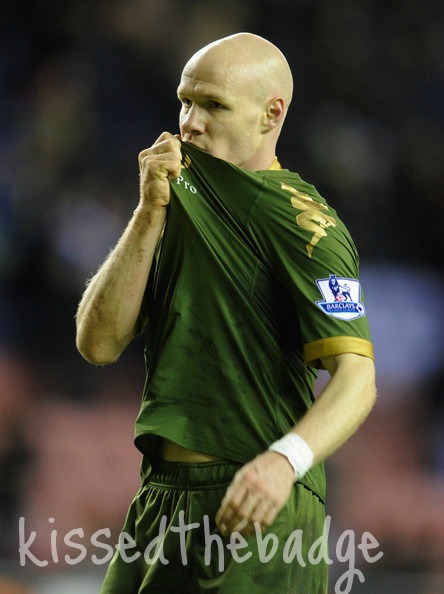 After scoring an equaliser five minutes from time against Wigan, Andy Johnson kissed the badge in front of the travelling Fulham fans…

Johnson cost Fulham £10.5m but at the end of this season, his third year at the club, he had scored just 10 league goals in 66 games.

Badge kissing previous
When Johnson returned to Goodison Park to play former club Everton with Fulham in 2008, manager Roy Hodgson told his striker not to kiss the badge to wind up the fans.

“It would behove us to mention it to Andy but I’m a football coach, I talk to players about their roles to help the team win,” he said. “It’s a sad state of affairs when you have to tell players not to kiss the badge, or don’t do this or don’t do that. Perhaps it will behove us to do that.”